Michelle, Ed's Fly Shop Co-Owner, was fortunate to receive an Abel Limited Edition Johnny Cash Fly Reel for Christmas. She's still deciding whether to leave it on the mantle or take it on the water. It seems too special to take on the water. 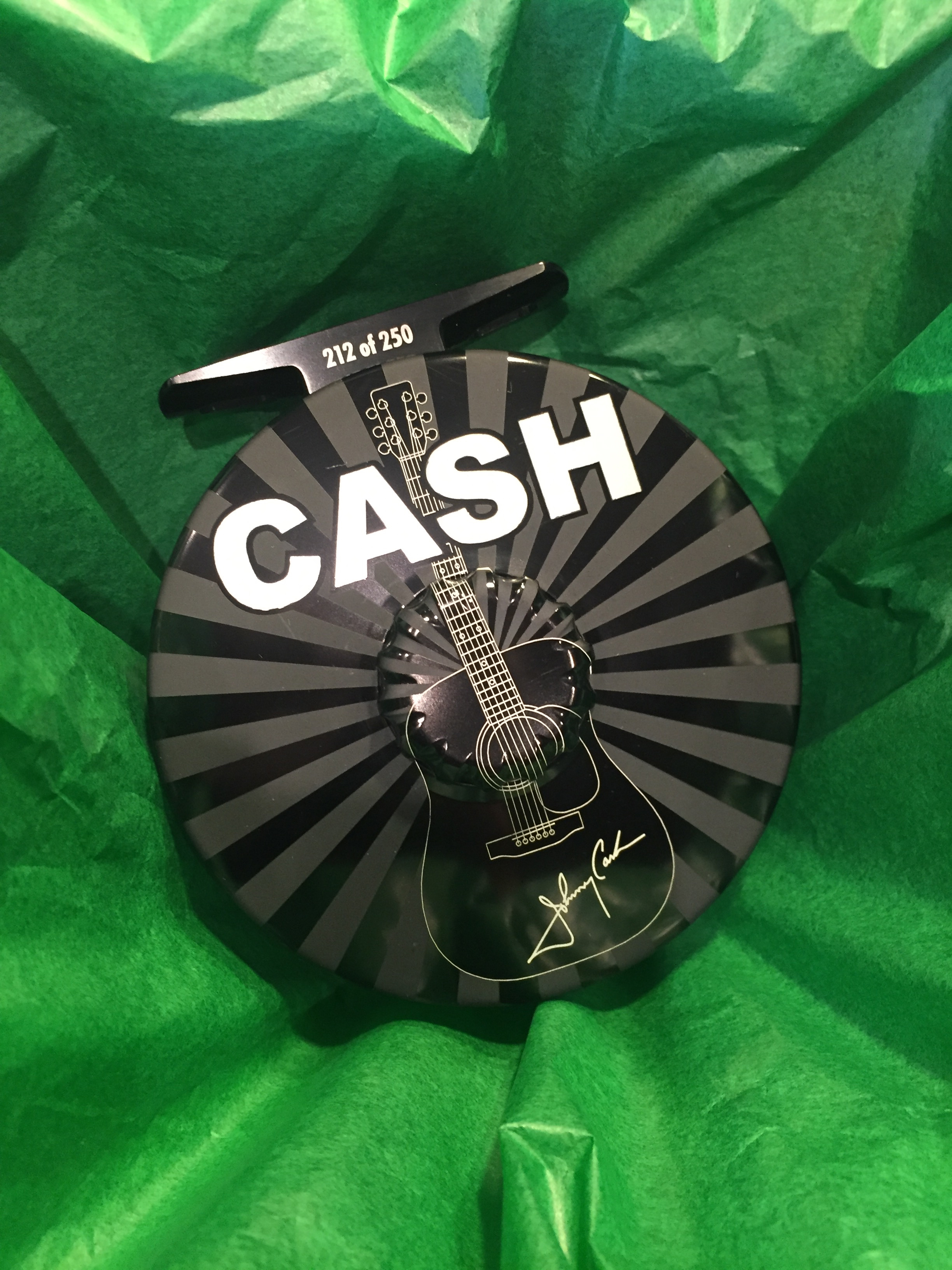 When we were in southern Colorado checking out the Ouray Ice Festival, it was a given that we needed to check out the home of where Michelle's Abel Reel was created. We were fortunate enough to tour the Abel and Ross Reels facility in Montrose, CO while on our trip. We enjoyed learning more about the process that goes into making each reel special.

When we walked into the manufacturing area of the facility, we quickly learned that each piece of equipment has a full-time job. And, we found that every machine plays an integral part in making reels, nippers, and pliers. 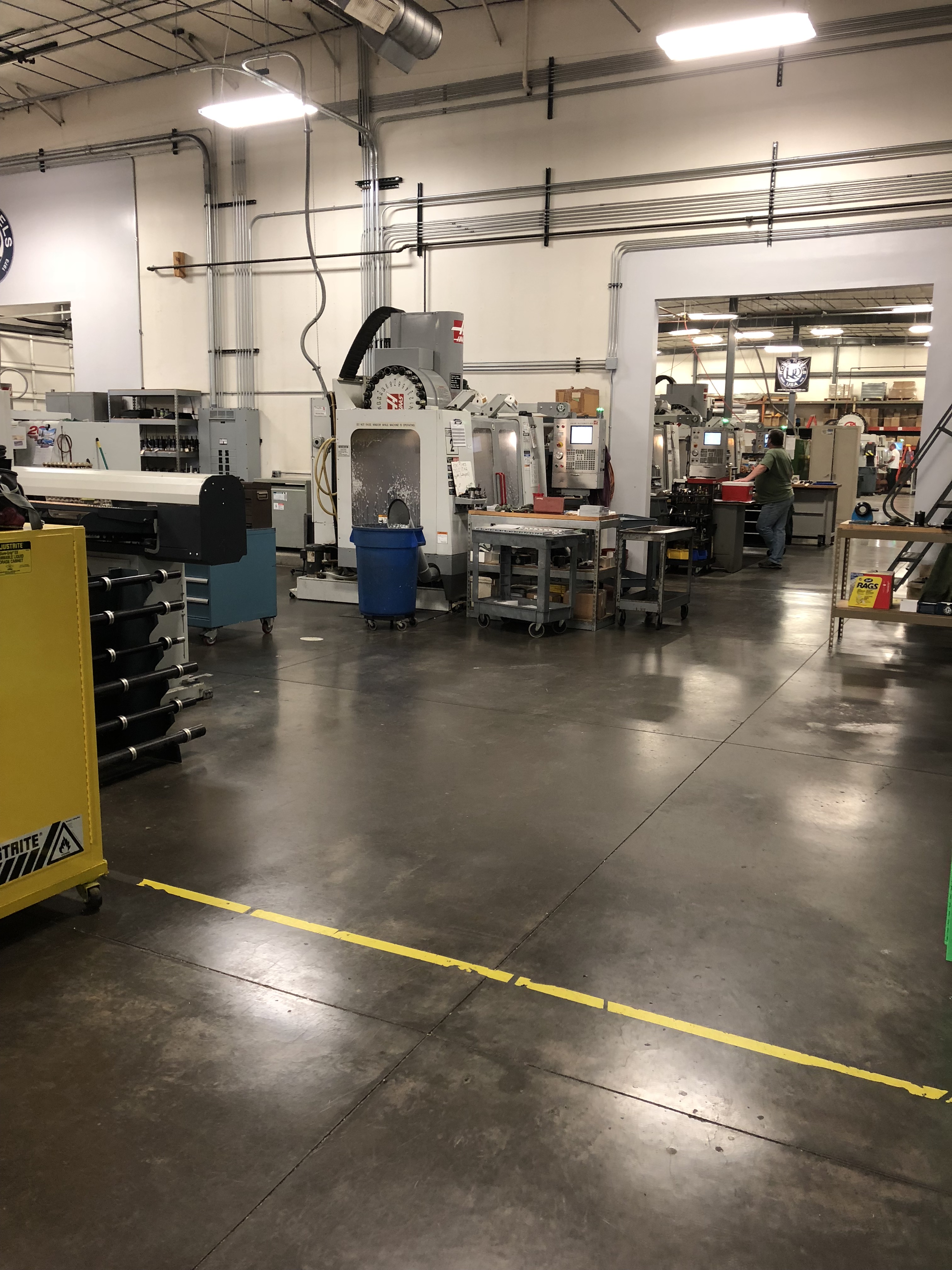 We enjoyed talking to employees and their role in managing the process end-to-end. There was a common theme among the staff - they work hard and take pride in their work. We were impressed by the first employee we ran into that oversaw the equipment that makes pliers and reels. Initially, we thought she was responsible for one machine but discovered that she jumps between several machines. She was working with pliers when we spoke with her, and she explained that pliers must go through the machine four times before completion. She explained that the timing of each machine is crucial so that once one machines completes its job, it can be setup to begin another job. We were amazed at her ability to keep track of multiple machines. 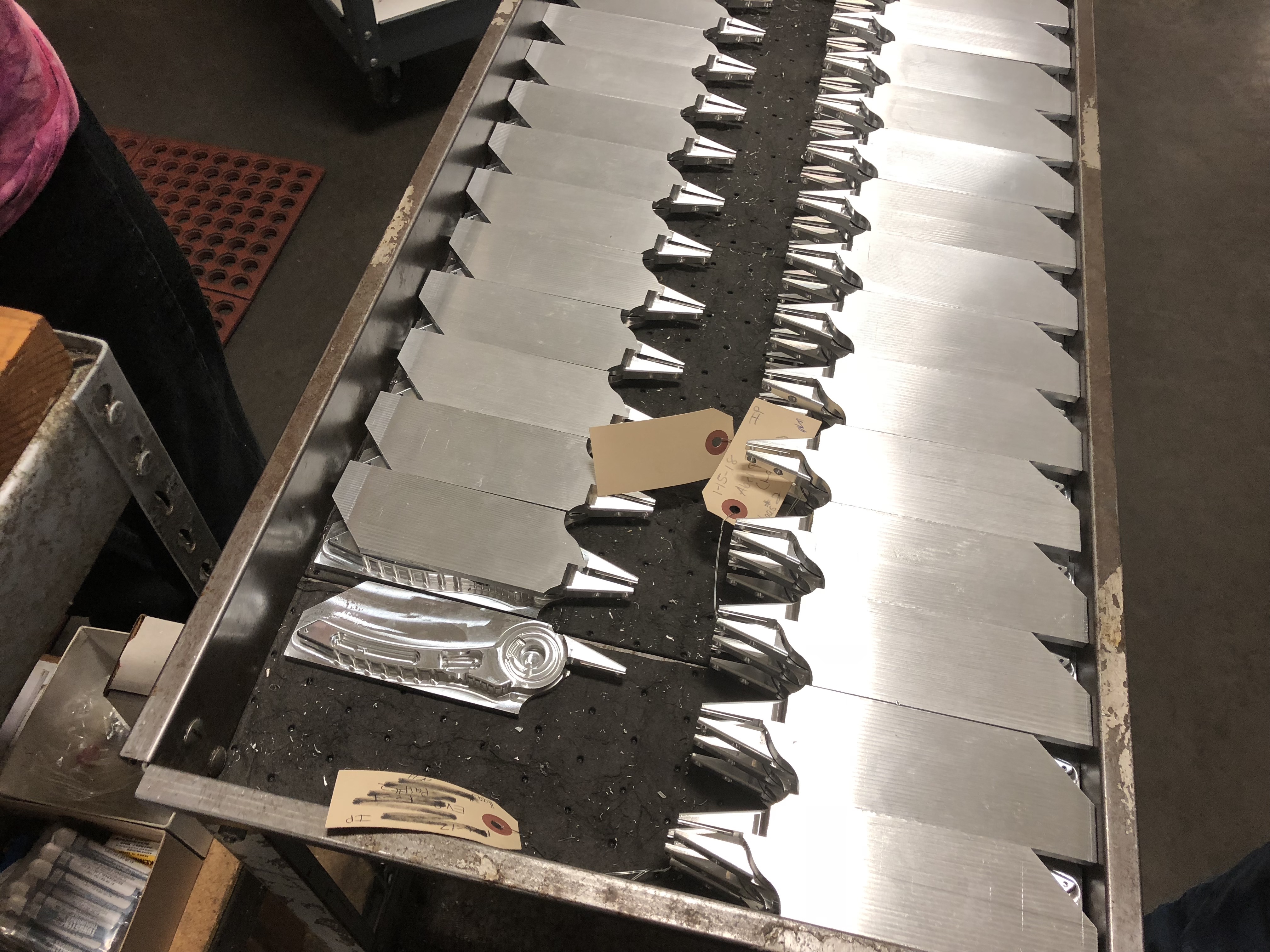 After observing the pliers operation, we moved onto reels. We were told that reels start in the form of long cylinders. Depending on the diameter, we were able to pick some of them up.  There is a dedicated machine solely responsible for cutting the cylinders into the smaller pucks, and the first hint of what eventually becomes a reel appears. We thought it was interesting that the newly cut pucks are sliced with extra to ensure there is plenty of metal for shaping. 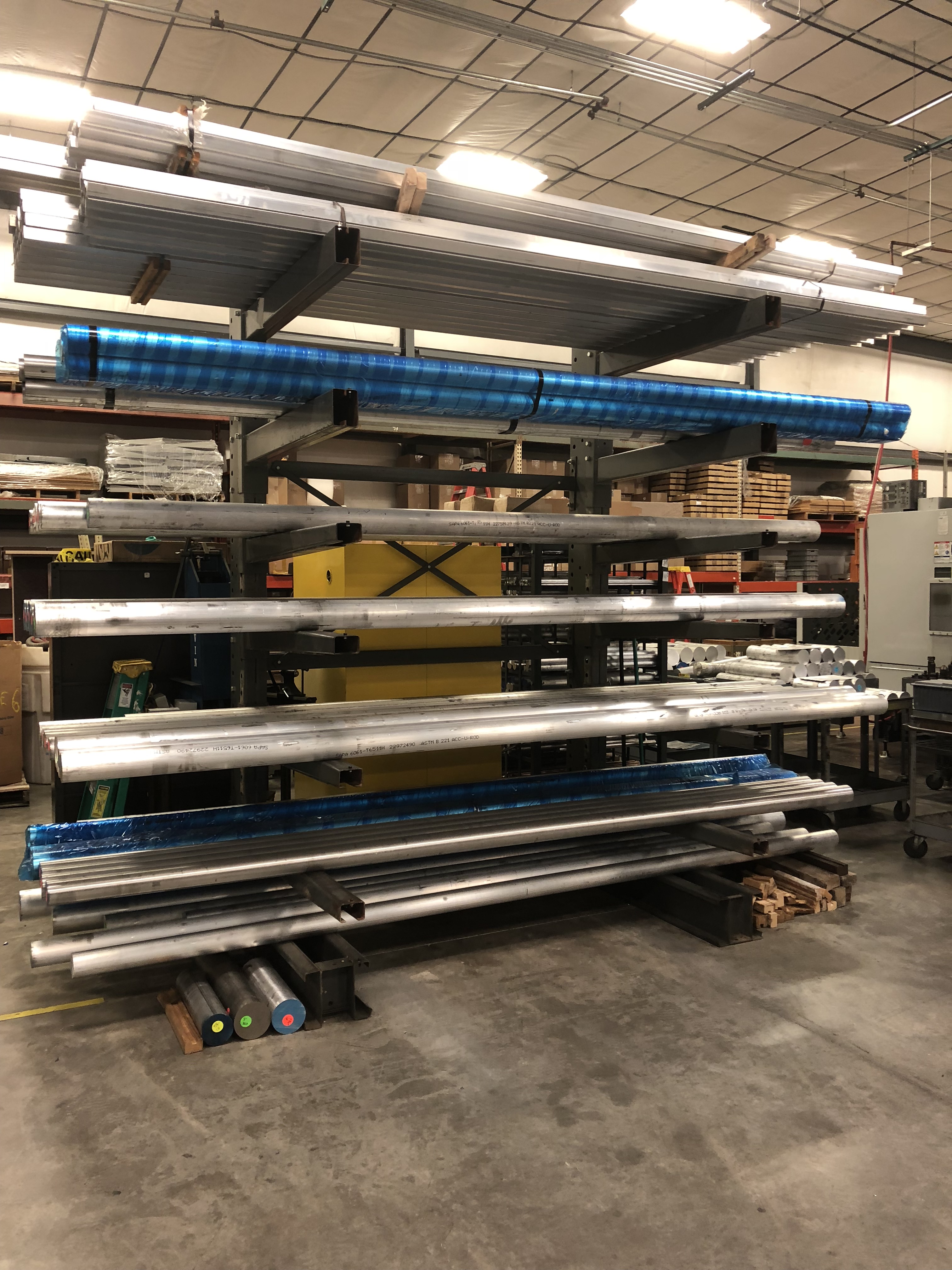 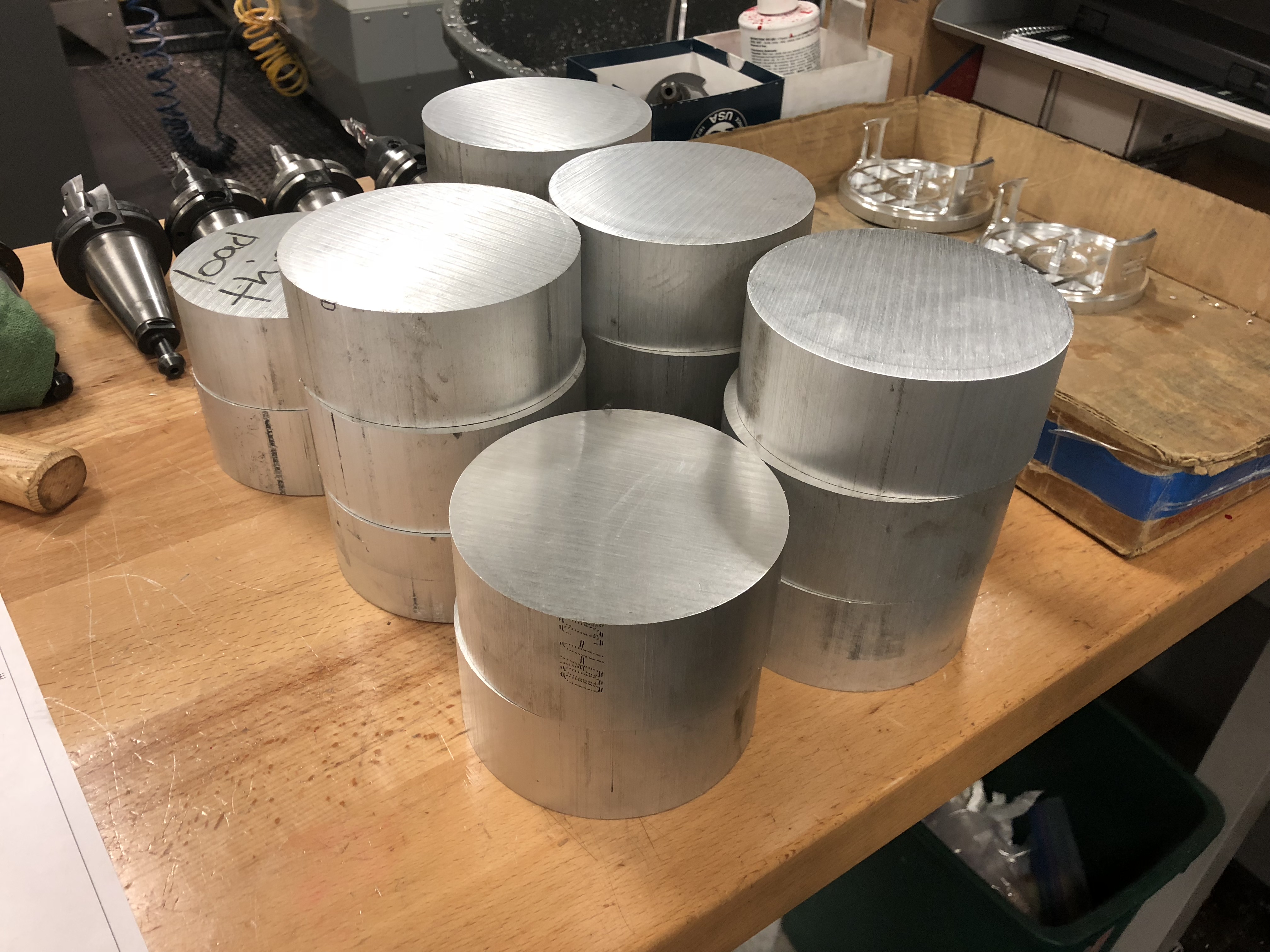 The pucks begin the intricate machine process where they take on the shape of a reel. We were fortunate to tour the day they were working on the Gunnison Reel. We thought the creation of the Gunnison Reel was impressive. There is a lot of detail with many dots punched into the reel, and the burrs, small pieces of material remaining after the punch, must be removed. We learned that someone is responsible for cleaning the burrs prior to them going into the tub that scrubs each reel. 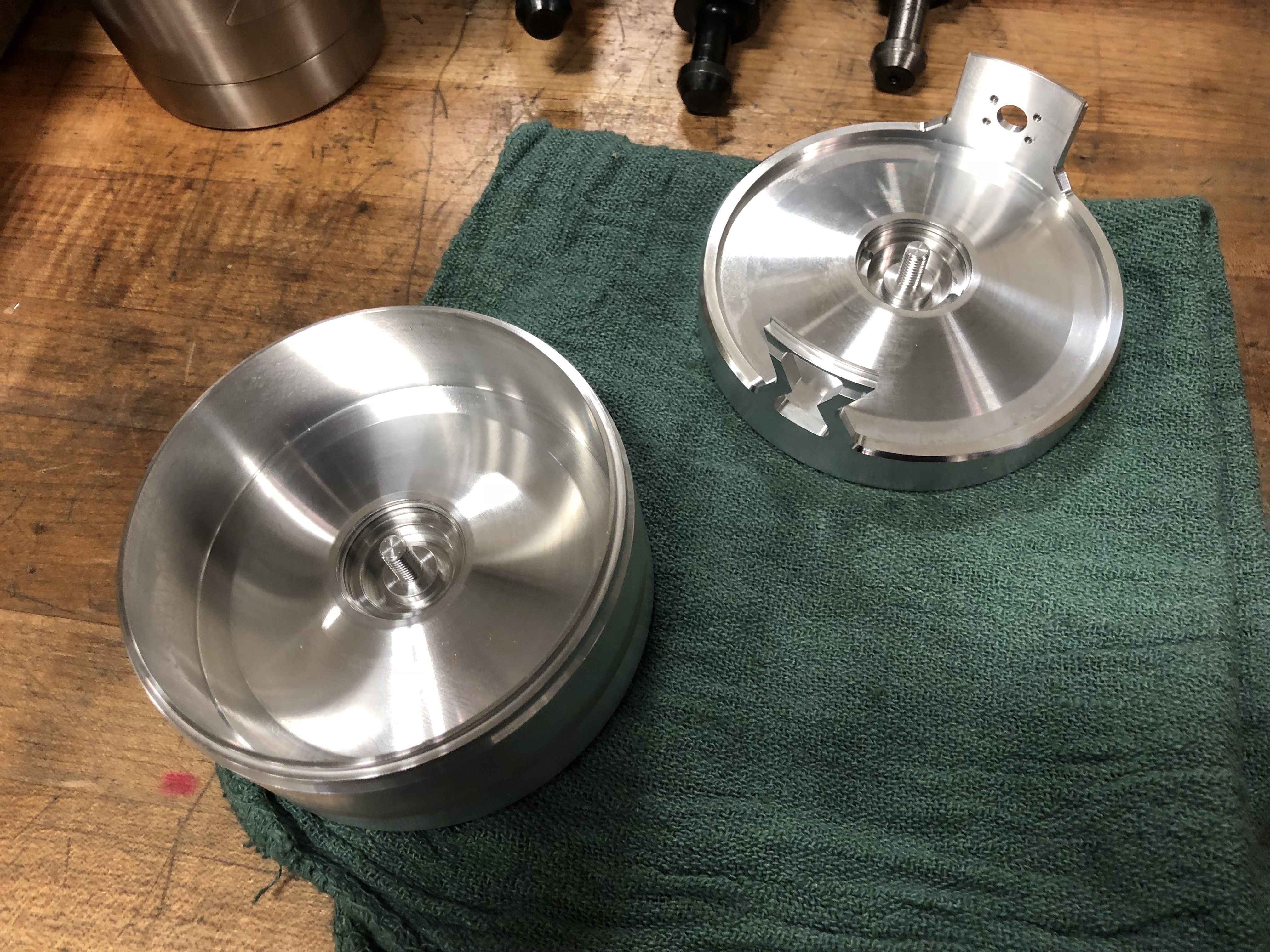 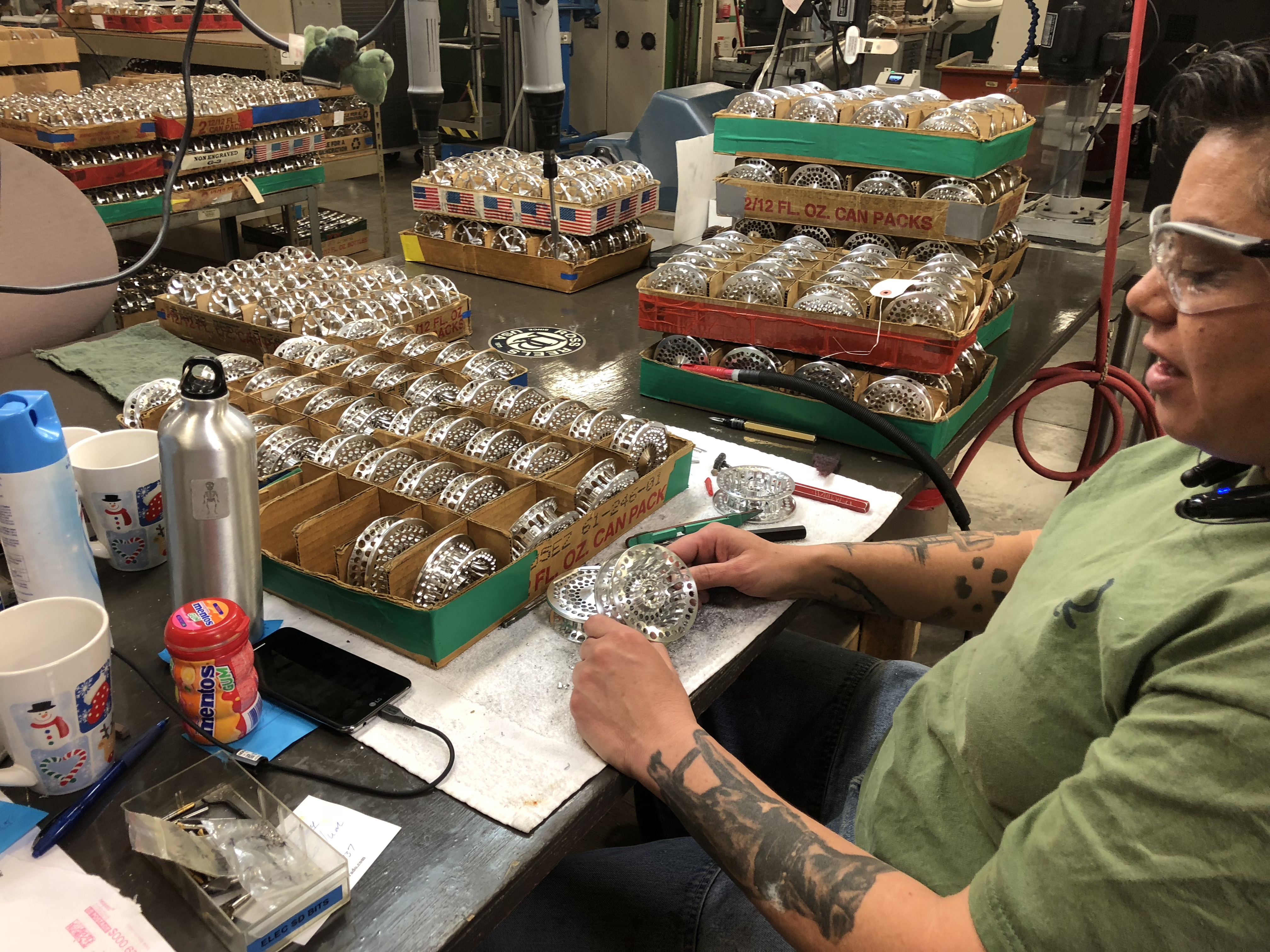 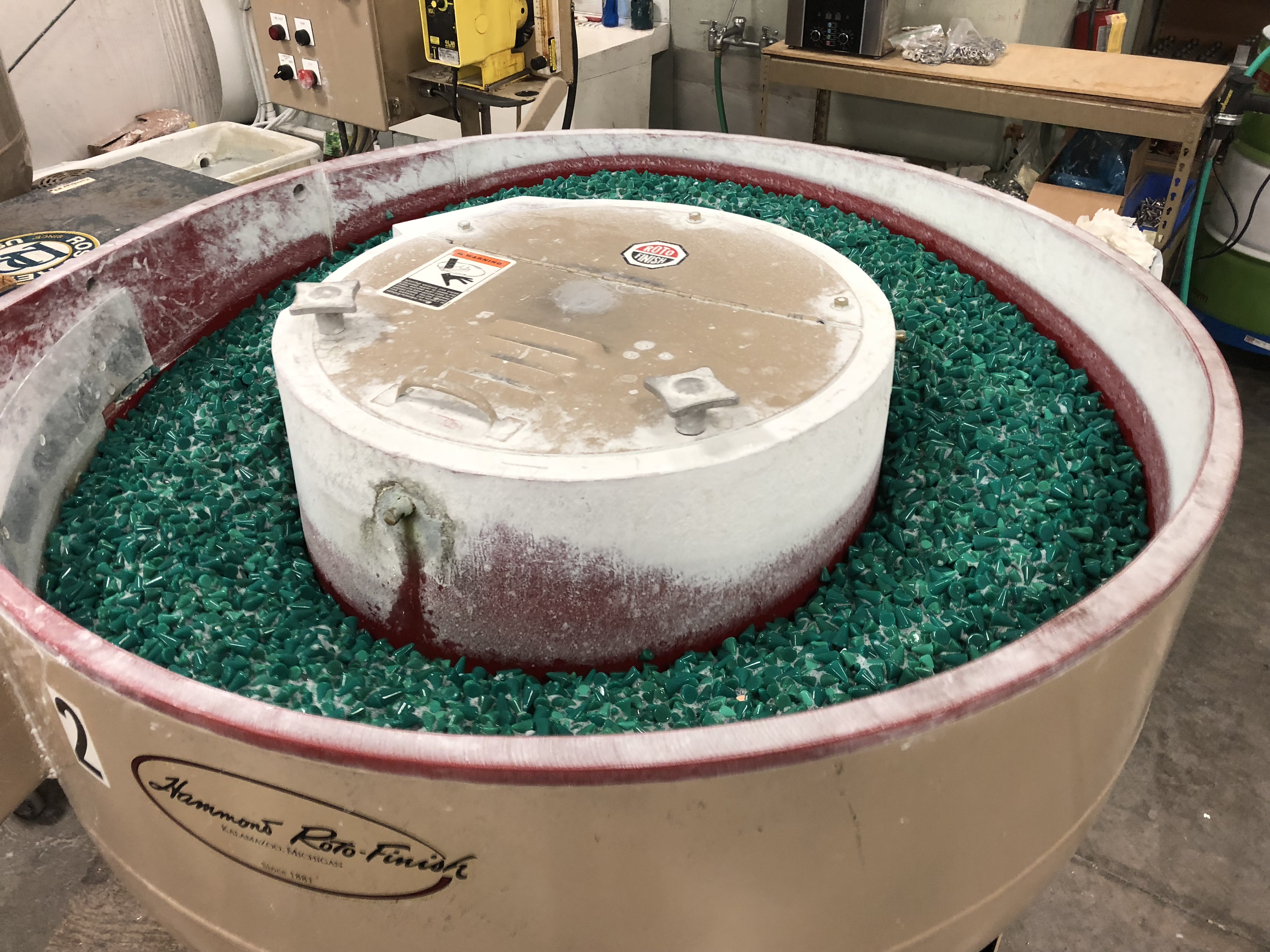 We also observed the creation of the reel feet. Similar to other pieces, the feet went through several iterations before completion. 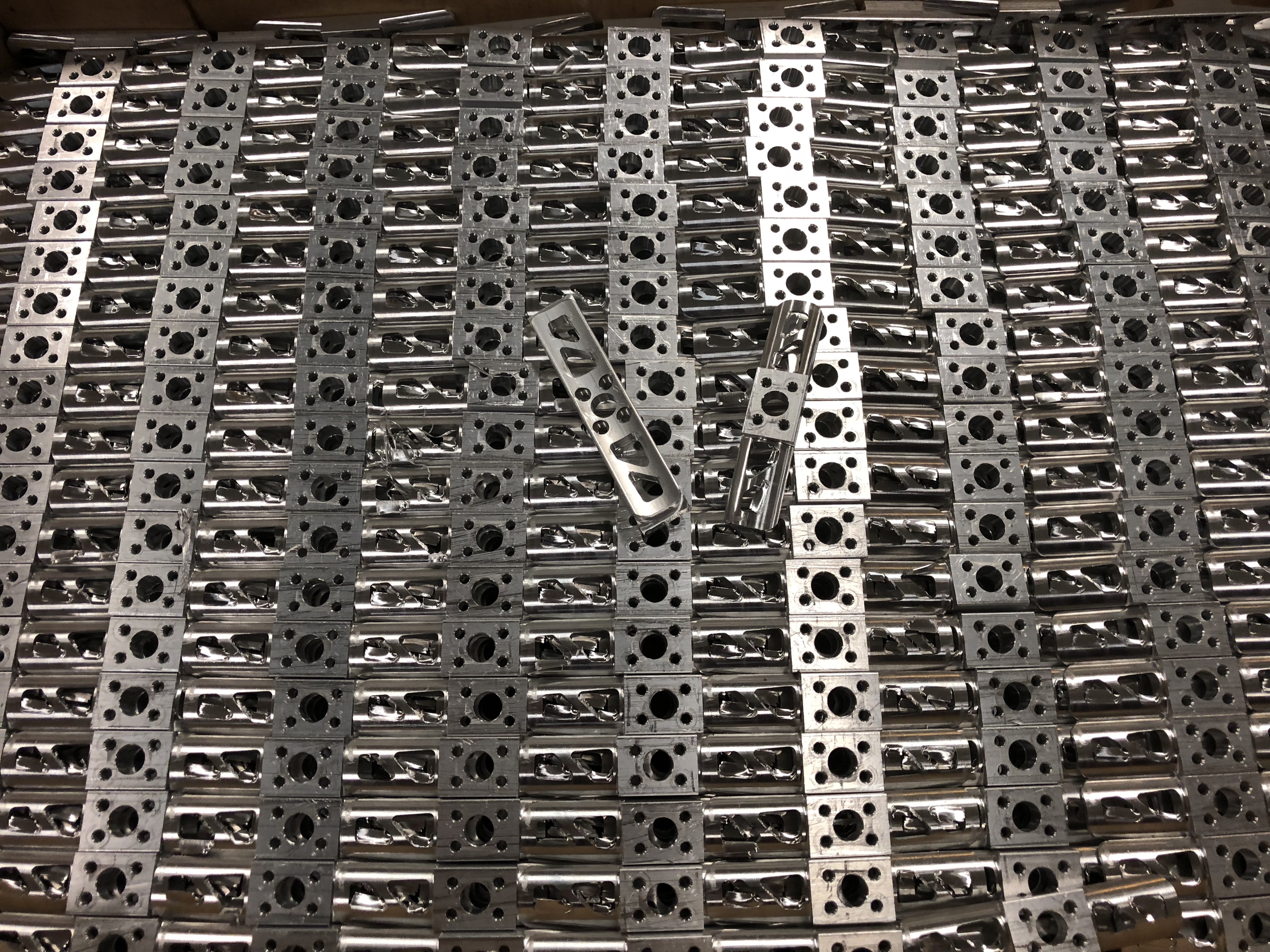 We were happy to see excess material, including trimmings, damaged reels, and machine tailings, were being collected for recycle.  Great for the environment! 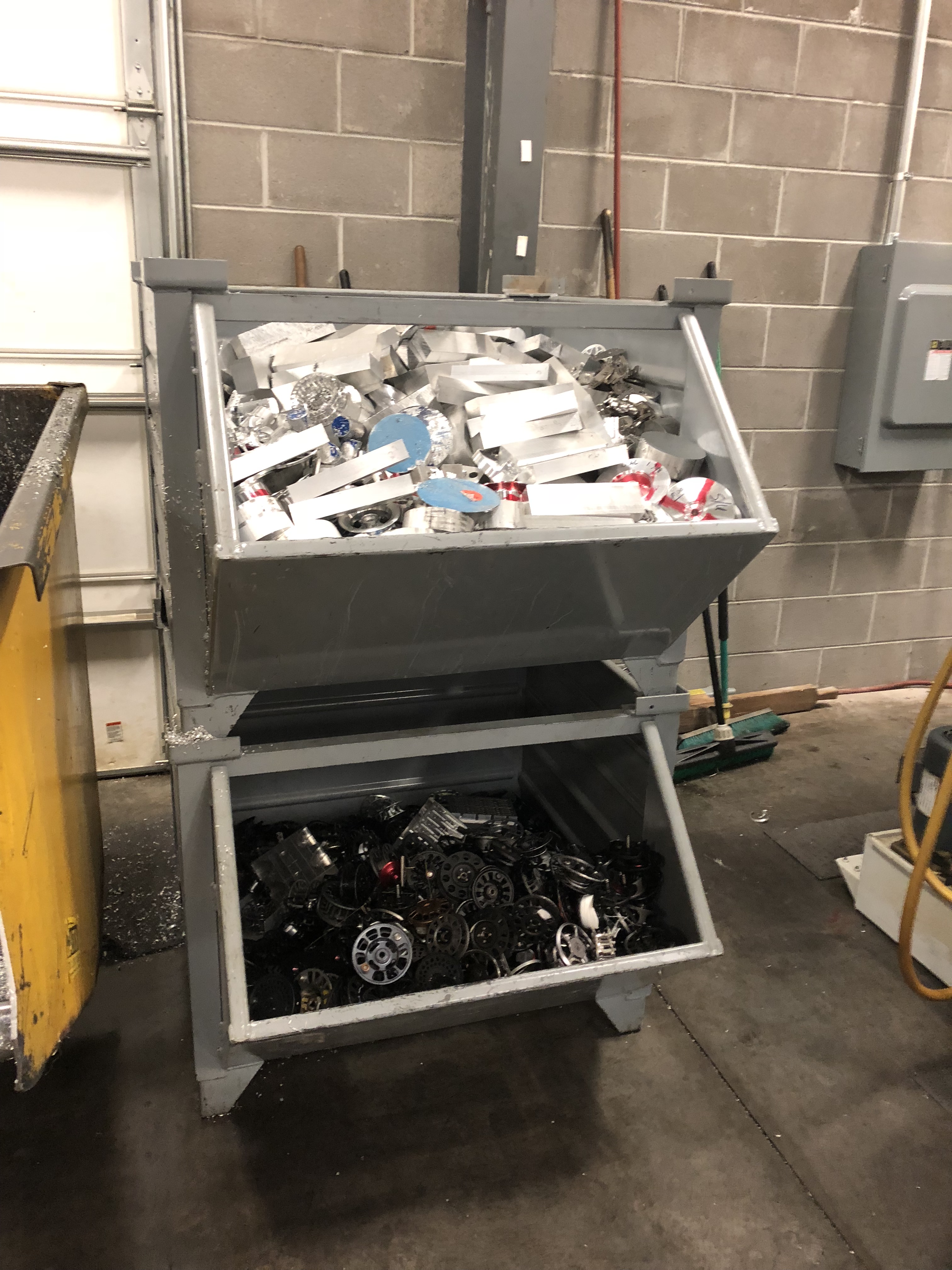 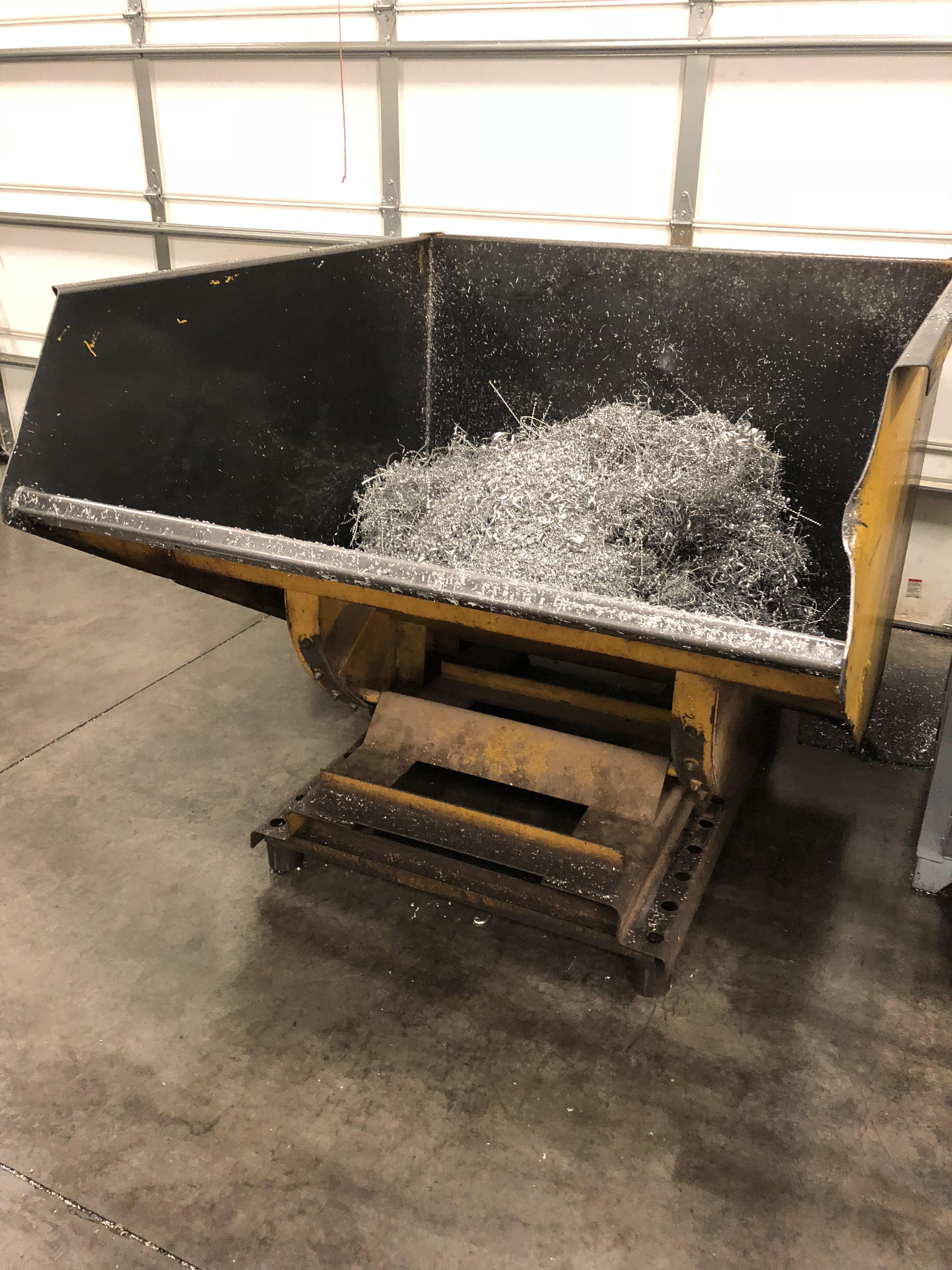 We completed the tour with observing employees assembling the reels. We learned that approximately 100 reels are shipped from the facility daily.  We also had the opportunity to speak with the team member responsible for creating the drawings for each of the reels. We were impressed when he shared that the entire team, ranging from management to machinist, are consulted prior to the production of each reel to ensure the design is feasible. 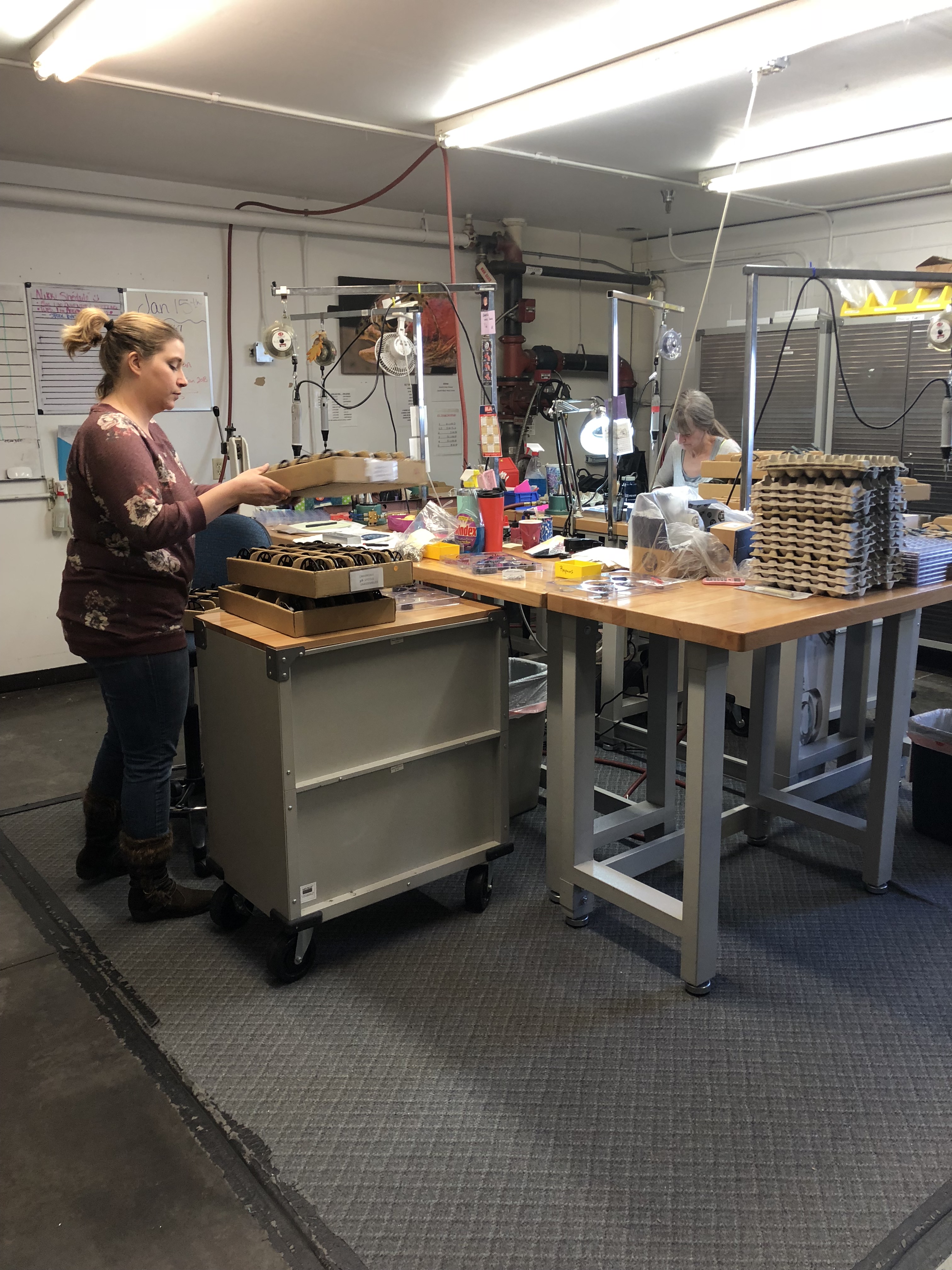 We had a good afternoon touring Abel and Ross Reels.  We appreciate the team taking the time to show us around and talk with us about the creation process.